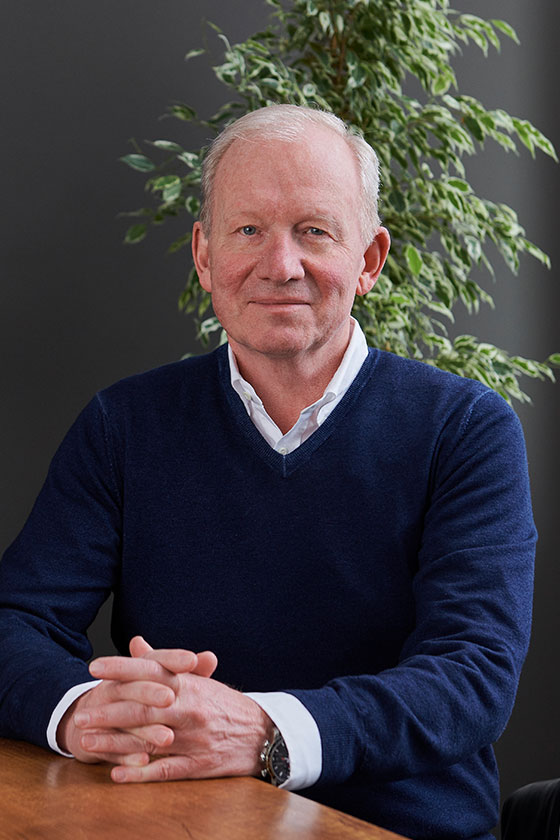 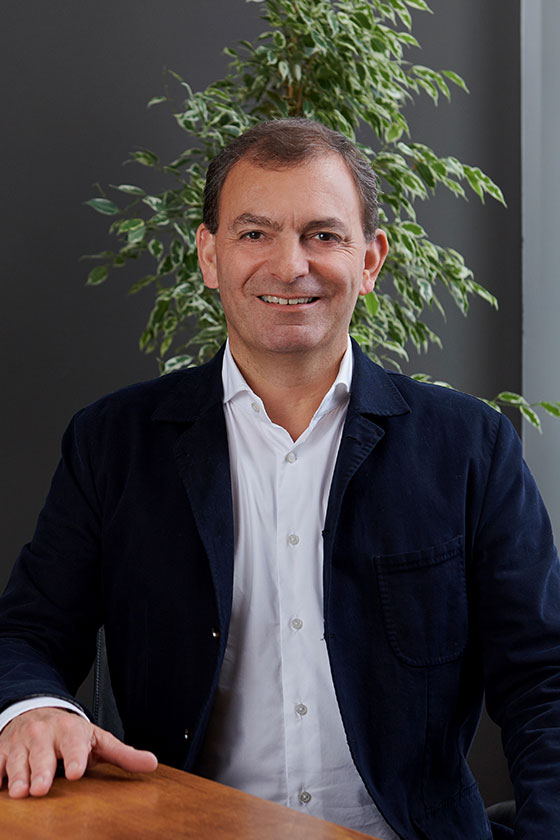 David has over 35 years of experience in corporate management, audit and finance, the last 25 years in the MedTech sector. He is an experienced MedTech investor and entrepreneur. He has invested in over 20 MedTech companies and co-founded and managed several European MedTech distribution companies over the past 23 years, including Regis Medical GmbH, Ovum Ventures GmbH (sold to Medtronic 2009), and Cardiologic GmbH (sold to Boston Scientific in 2002). Following Boston Scientific’s acquisition of Cardiologic GmbH, he served as Finance Controller for Boston Scientific in Germany, Austria and Switzerland. Prior to joining Cardiologic GmbH as Co-General Manager in 1996, David was the CFO of Chiron Adatomed GmbH, a German subsidiary of Chiron Corporation (NASDAQ: CHIR). Prior to that, he worked in Ernst & Young’s Munich office, advising on corporate M&A transactions. David holds a degree in Accountancy from the University of Birmingham, UK and is a member of the Institute of Chartered Accountants in England & Wales (ACA, ICAEW). 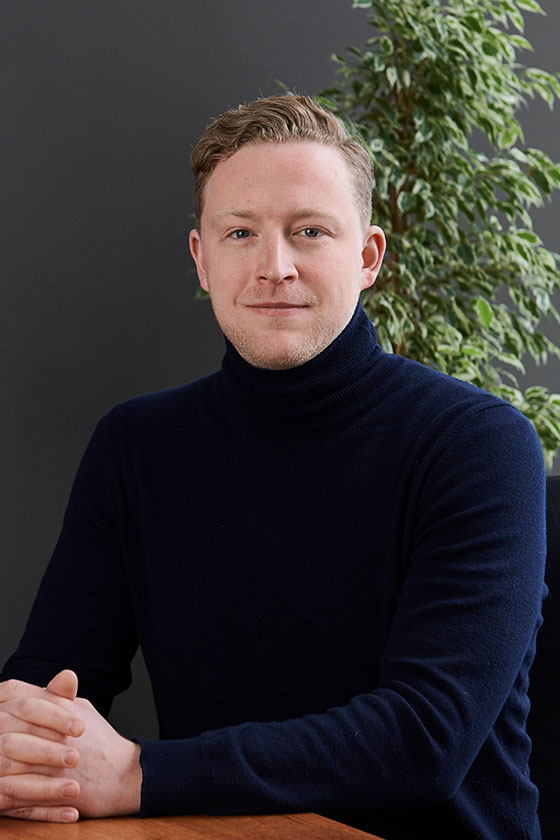 Frederik has over ten years of experience in investment banking and portfolio management (both equity and debt). He currently serves as a board member at R3 Vascular Inc. Prior to co-founding 415 CAPITAL, Frederik led new business development efforts at Regis Medical GmbH, where he sourced and evaluated new MedTech investment opportunities, leading the due diligence process for several early-stage MedTech deals. Prior to joining Regis Medical in 2016, Frederik worked in HSBC’s Leveraged & Acquisition Finance group in New York City where he structured leveraged loans and high-yield bonds for private equity-backed buyouts and corporate M&A transactions including several mid- and large-cap Healthcare deals. Previously, he was in charge of the day-to-day monitoring of HSBC’s US private equity-backed credit portfolio. Before moving to New York City, he was an Analyst at HSBC in London where he advised clients on cross-border M&A transactions and IPOs. Frederik holds an Hon. B.A. in Economics magna cum laude from the University of Toronto (University College), Canada. 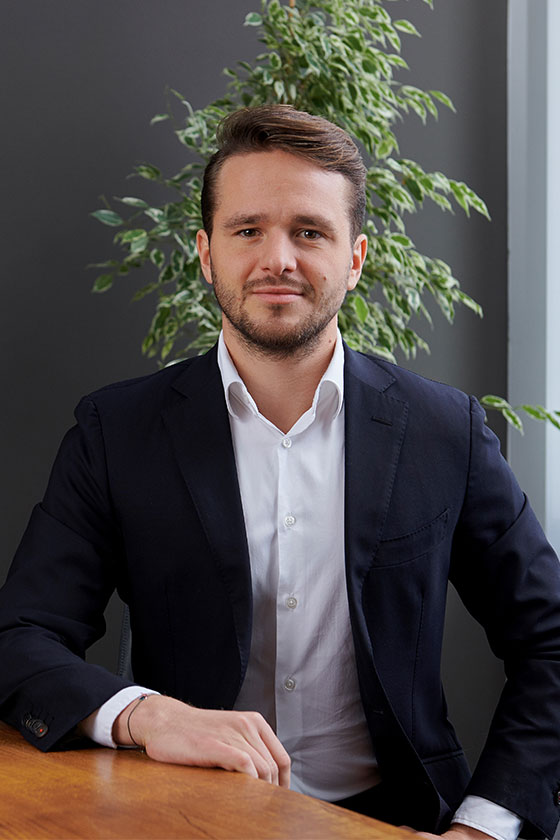 Linus joined 415 Capital as an Associate in July 2019. Prior to joining 415 Capital, Linus worked for 4K Invest as an Associate in their Munich office and for RBC Capital Market’s London office as an Analyst in the Healthcare Investment Banking team. Linus holds a BSc. (Hons.) from King’s College London as well as an MPhil from the University of Cambridge.

With highly diverse backgrounds across engineering, management, and medicine, our Senior Venture Partners are an invaluable asset in supporting deal flow, due diligence and oversight of the investment portfolio. 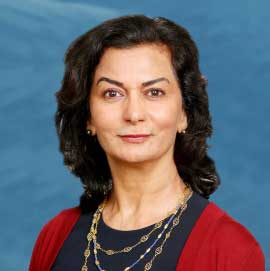 Dr. Azin Parhizgar served as Chief Executive Officer, President and Board Member at Claret Medical. She is an experienced and successful medical device industry executive and entrepreneur. Prior to Claret Medical, she served as the Chief Operating Officer of Conor Medsystems which led to the acquisition of the company by Johnson & Johnson, Inc. in 2007. She spent one year post-merger with Johnson & Johnson for full integration of the companies. Between 1996-2000 she held the position of Executive Vice President for Arterial Vascular Engineering, which was acquired by Medtronic. She spent two years at Medtronic post-merger in increasing roles of responsibility leading to her role as Executive Vice President of Emerging Ventures and New Technologies. Dr. Parhizgar has served as an advisor to emerging medical device technology companies including several Board of Directors and Scientific Advisory Board positions. Dr. Parhizgar received both her Ph.D. in Cell, Gene and Tissue Engineering and her M.Sc. in Biomechanical Engineering and Artificial Organ Design from Brown University. 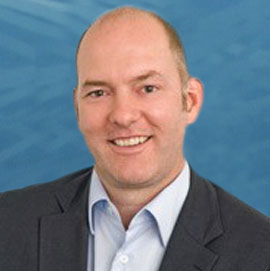 Mr. Braun is a distinguished MedTech engineer, inventor, and holder of several medical device patents. As 415 CAPITAL’s Chief Technology Advisor, Mr. Braun is intimately involved in the technical evaluation of new portfolio prospects. Mr. Braun ist the founder and CEO of Symedrix GmbH, a German manufacturer of specialty guidewires for minimally invasive cardiac procedures. Mr. Braun is a co-founder of CoRRect Medical, where he serves as CEO. Previously, Mr. Braun co-founded Reverse Medical Corp. and acted as R&D Director for the Neuroradiology product line prior to acquisition by Covidien in 2015 (now part of Medtronic). Mr. Braun also co-founded several successful MedTech distribution and consulting companies, providing clinical trial and regulatory support to dozens of MedTech startups. Previously, Mr. Braun held several roles at Medtronic, most recently as Clinical Specialist for the Endovascular Aneurysm Repair (EVAR) and Peripheral product lines. He started his engineering career in the R&D Department of Biomechanics & Prosthetics at Rüsch AG / Teleflex where he invented the Polyflex™ stent. Mr. Braun holds a B.Sc. in Biomedical Engineering from the University of Aachen, Germany. 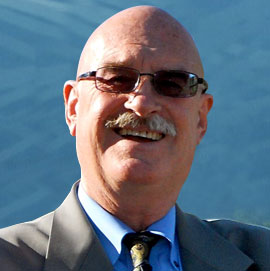 Mr. Michiels has over 30 years of experience in the MedTech space. He most recently served as the CEO of CardiAQ Valve Technologies, a venture funded start-up developing transcatheter mitral valve replacement (TMVR) technology which was acquired by Edwards Lifesciences in 2015. He previously served as COO of CoreValve which was acquired by Medtronic in 2009; and as President and COO of InterVentional Technologies (IVT) which was acquired by Boston Scientific in 2001. He helped drive both companies from cardiovascular start-ups to established market leaders. Mr. Michiels is currently a director of Aegis Surgical, Atrius, and FEops, all privately held companies developing novel cardiovascular technologies. Mr. Michiels is also a founding partner of CONSILIUM, a medical device market research company active in identifying, funding and greenhousing start-up technologies. Mr. Michiels holds a bachelor's degree in Economics from Antwerp University in Belgium and an MBA from the Kelley School of Business at Indiana University, Bloomington, Indiana, US. 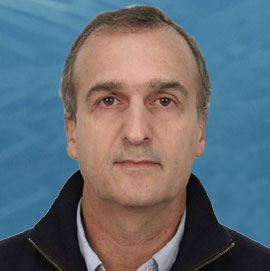 Dr. Laborde is an internationally recognized Key Opinion Leader in interventional cardiology and one of the pioneers of transcatheter aortic valve replacement (TAVR). He currently serves as an advisor to several innovative medical device startups. Dr. Laborde was intimately involved in the technical and clinical development of the CardiAQ transcatheter mitral valve replacement (TMVR) system which was acquired by Edwards Life sciences in 2015, and previously the CoreValve transcatheter aortic valve replacement (TAVR) system which was acquired by Medtronic in 2009. Dr. Laborde also served as the Chief Medical Officer of CoreValve and has personally performed more CoreValve TAVR procedures than any other physician worldwide. He holds numerous patents for novel medical devices that have changed how cardiologists practice medicine and has designed new medical procedures to treat specific cardiac conditions. Dr. Laborde has trained hundreds of physicians internationally. Dr. Laborde previously served as the Co-Director of the Interventional Cardiology Department at Clinique Pasteur in Toulouse, France. He also held consulting positions at St. George Hospital in London, England; Glenfield Hospital in Leicester, England and the German Heart Center in Munich, Germany.

Our Senior Clinical Advisors include some of the leading international voices in cardiovascular medicine. With a geographically diverse footprint, they are ideally positioned to support portfolio companies with valuable advice on their clinical strategies in Europe, North America, and Israel. 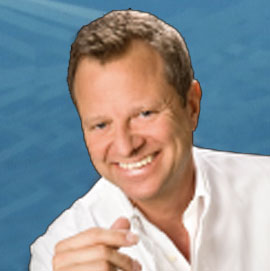 Prof. Lange is the Medical Director and Director of the Cardiovascular Surgery Department at the German Heart Centre, Munich. Professor Lange previously held the role of Director of the Department of Heart and Vascular Surgery at the same institution from 1999. Through his career, Professor Lange’s research has focused on minimally invasive operation techniques, the reconstruction of heart valves and transcatheter procedures for valve implantation and reconstruction. Educated at the University of Bonn and the University of Munich, Professor Lange underwent a two-year training period at Harvard Medical School, Boston. Author of numerous scientific publications, Professor Lange was awarded an honorary degree by Capital Medical University, Beijing, China in 2006. He was also awarded the Forum Prize of the German Surgical Society in 1991 as well as the Ernst-Derra Prize (1993) and the Hancock Editions-Prize (1990) by the German Society of Thoracic, Cardiac and Vascular Surgery (GSTCVS). Professor Lange is an active member of the American Association for Thoracic Surgery (AATS), Cardiothoracic Surgery Network, European Association for Cardio-Thoracic Surgery (EACTS), GSTCVS and The Society of Thoracic Surgeons. 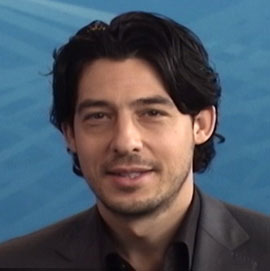 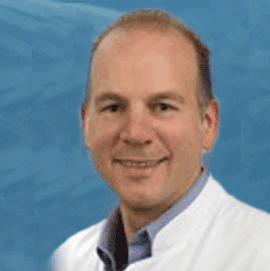 Prof. Schäfer is Chief Cardiologist at the Marienkrankenhaus in Hamburg, Germany. He previously served as the Director of Structural Heart Therapies and Innovations in Interventional Cardiology at the Department of Cardiology in Hamburg, Germany. Prof. Schäfer has more than 15 years of experience in the field of medical device therapy for structural heart disease. He is an internationally recognized Interventional Cardiologist and one of the leading physicians in transcatheter aortic valve placement (TAVR), transcatheter Mitral and tricuspid valve therapies (TMTT) and transcatheter therapies for heart failure (TTHF). Prof. Schäfer is a Key Opinion Leader in interventional Cardiology and has conducted multiple international workshops and courses, as well as more than 50 industry-driven multicenter trials as a principle site investigator. He is actively consulting multiple companies in designing new medical devices for treatment of structural heart disease and within this scope he supervised hundreds of transcatheter treatments around the world. Prof. Schäfer is a reviewer in several journals, has authored several chapters in books, and has published more than 150 articles in reputed international peer reviewed journals.